It’s Déjà Vue All Over Again.

Jim Loomis May 17, 2014 Baseball 0 Comment
When my daughter, Ilima, was about 10, we took a memorable trip   that combined train travel and my other passion —some say it’s an obsession – with the Boston Red Sox.
We flew from Honolulu to Oakland where we saw the Red Sox play   the A’s. Our seats were in left field and I startled my daughter by saying if one of the Oakland players hit a home run and I caught the ball, as a loyal Sox fan I was duty bound to disdainfully throw it back onto the field. I’m sure she spent the entire game desperately hoping that would not happen. It didn’t, of course. 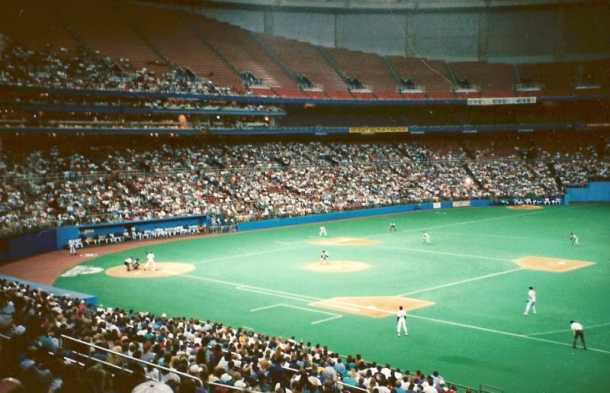 From Oakland, we took Amtrak’s Coast Starlight to Seattle and saw the Red Sox continuing their road trip with a game vs. the Mariners. It was played inside the cavernous, dingy King Dome, an absolutely terrible venue for baseball.

Thankfully, that awful place has since been blown up and replaced   with one of major league baseball’s better facilities, Safeco Field.
From Seattle, we took the Empire Builder to Chicago, where we connected with the Lakeshore Limited, concluding our journey in Boston …well, more specifically at Fenway Park for two more games.
It was a wonderful trip with plenty of father-daughter time. She’s in her mid-30s now, with a daughter of her own, Lehua, who is almost seven. In one month, the three of us will board the Coast Starlight in Los Angeles and ride all the way to Seattle. And Lehua will experience having her meals in a rolling restaurant and being tucked in to the upper berth in a Superliner sleeping car. I can’t wait to see her reaction.
Oh, yes … and by the most amazing coincidence, the Red Sox will be in Seattle for a three-game series with the Mariners. I’ve had the tickets for months.

Previous Double the Frequency; Triple the Ridership.
NextWho Was the First Tourist to Visit Hawaii?