When It Comes to Train Travel, Planning Is Half the Fun.

I’ve just finished up my itinerary for travel to NARP’s annual Spring meeting in Washington. It takes me weeks to come to final decisions on departure days, flights to the mainland, trains to get me there and take me back to the West Coast, and possible side trips before or after the four days I’ll actually be in Washington. 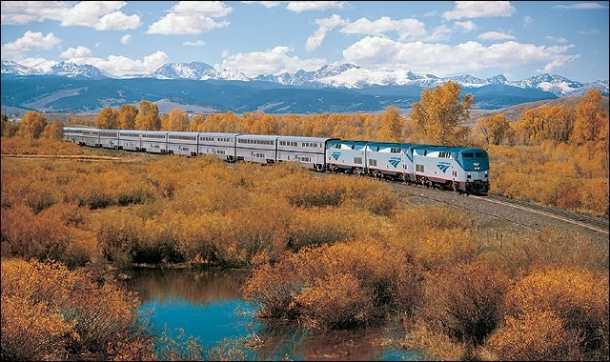 Could I get it all done in less time? Sure. But I enjoy the planning process and I end up with a better trip, too.

For instance, it was a given that American Airlines would take me from Maui to Los Angeles, but the question then became how would I get from there to Washington?

Essentially, there were three choices:

I ruled out Option Three, albeit reluctantly, because the Sunset only operates three days a week which meant I would have to add a couple of days to my itinerary. Otherwise I would arrive in New Orleans at 9:40 p.m. (if the Sunset were on time) and leave on the Crescent the next morning at 7 o’clock, leaving no time for a dinner at Irene’s Cuisine. Unthinkable!

OK, what about taking the Eagle? Well, it’s a longer trip – three nights aboard en route to Chicago, although that is not necessarily a deterrent to someone who enjoys train travel. However, by coincidence, I was copied on an email from one of the other NARP directors noting that the Eagle has only one locomotive on the segment from San Antonio to Chicago, and yesterday it broke down somewhere north of Little Rock. Result: a hundred or so passengers are treated to a 10-hour bus ride. I’ve taken the Eagle before, but think I’ll wait until Amtrak adds a second locomotive before doing it again. 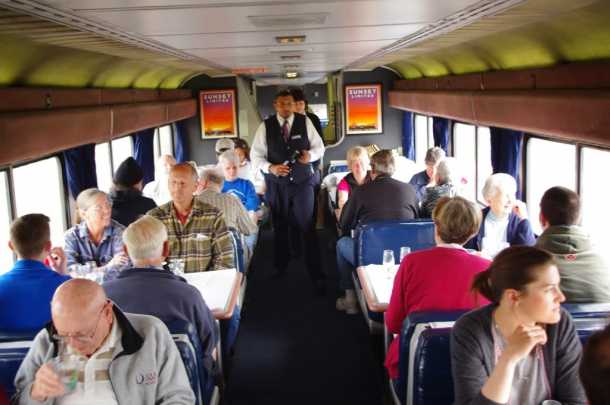 That left the Chief. It’s a great ride, which I’ve done probably 15 or 20 times over the years. And it has a 6:15 p.m. departure from Los Angeles, which means I climb aboard, stow my stuff in the roomette, and by the time the Chief stops at Riverside, I’ll be enjoying my medium-rare steak and will be well into a half bottle of merlot.

If you ask me, that’s a damn fine way to begin a cross-country train ride.

Previous Ever Hopeful, Let’s Check on Amtrak’s Empire Builder.
NextLiving In an Island State Has Its Pros and Cons.