Selling Passenger Rail: How Can You Ying If the Other Guy Yangs? 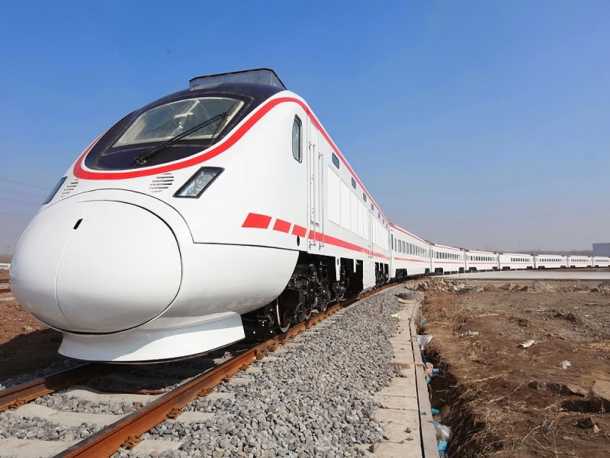 Pretty, isn’t it? It’s a brand-new, right-out-of-the-box, high-speed trainset, the first of ten to be delivered in the next several months. And do you know where it’s going to go into service? In Iraq … transporting Iraqis over the 340 miles between Baghdad and Basra.
How does that make you feel?
It does remind me of an incident that occurred to one of our NARP* members about three years ago. He was paying a visit to the congressman representing his district — it was in the deep South — to ask his support of passenger rail in general and Amtrak in particular. The congressman was “in a meeting”, so our member ended up speaking to the man’s chief-of-staff.
The conversation progressed without incident until the staffer made some mention of President Obama’s proposal to provide some federal dollars for a few high-speed rail projects. It’s a subject near and dear to our member’s heart and he began reeling off the benefits of fast trains. And he noted that high-speed trains are the preferred mode of transportation all over the rest of the industrialized world.  Why, he said, the U.S. has fallen behind most of the rest of the world and is becoming an embarrassment compared even to some of the developing countries.
At that point, the congressman’s staff person held up his hand, cutting off our member in mid-sentence, and said,
“If y’all goin’ to continue runnin’ down the United States of Amurica, we got nuthin’ further t’ discuss.”
If anyone has a suggestion on how to deal with someone like that, I’d surely like to hear it.
* National Association of Railroad Passengers

Previous Racking Up the Miles Now So I Can Use ‘em Up Later.
NextEver Hopeful, Let’s Check on Amtrak’s Empire Builder.