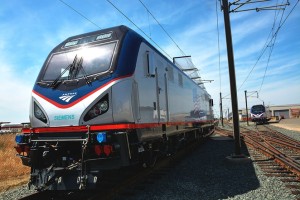 Amtrak has unveiled its new generation of locomotives – 70 of them will be built and delivered over the next two years – to be put into service along the Northeast Corridor between Boston and Washington. These beauties are powered by electricity drawn from overhead wires (the catenary) and will run at speeds up to 125 miles-per-hour. There’s also a diesel-electric version, to be used outside of the NEC.

Airlines are being squeezed financially and the fastest way back into the black is cost cutting. Short-haul flights are expensive and it’s becoming increasingly evident that small and medium-sized towns all across the mid-west and west are losing air service. Elected officials and business leaders are concerned because they all know that good public transportation is essential to the economic well being of their communities. As an alternative to air service, many are looking for ways to restore a proven transportation alternative: passenger rail. Click here for one example.

All public transportation, including passenger rail, requires some government subsidy, of course, so these public officials are seeking financial support for passenger trains from their state governments … and that can be a hard sell, sometimes for the wrong reasons. Take, for example, the case of the influential Iowa legislator who cut all funding for both freight and passenger rail from the state budget. What is he thinking, you ask? Well, in his private life this guy is lawyer who represents a big trucking company. A conflict? Ya think?? 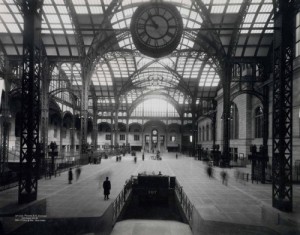 And, speaking of disgraceful things, there’s Pennsylvania Station in New York City, or NYP as it appears in Amtrak timetables and in emails between rail enthusiasts. That the original magnificent structure (above) was ever torn down is the original and monumental disgrace … 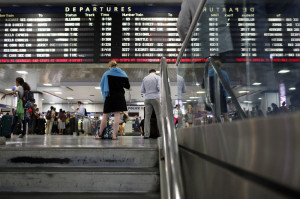 … but equally shameful is the crowded, claustrophobic remnant, with the rattling escalators leading down, down, down to the dark, dank, dingy platforms. Worse yet, as disgraceful as the platforms are, there aren’t nearly enough of them.  At least, for the first time in a long time, there’s what appears to be serious talk about an expansion and upgrade.

Previous Photos from On Board the Southwest Chief and the Canadian
NextAmtrak’s Boardman Speaks to Congress, and Offers a Few Pearls.