Jim Loomis December 11, 2012 Air Travel Advice, Amtrak 0 Comment
It comes as no surprise that the airlines continue to lose money and, as a result, continue to cut back. More and more second- and third-tier cities and towns are experiencing reduced air service: fewer flights to fewer destinations. According to an article in WashingtonMonthly, between 2001 and 2010, U.S. airlines were profitable in only three of those 10 years and had a cumulative net loss of almost $63 billion.  To put all this into perspective, the article includes this staggering zinger:
“Even before the recent bankruptcy of American Airlines, the value of all publicly traded U.S. airline stocks amounted to only $32.3 billion, less than that of Starbucks.” (My emphasis.) 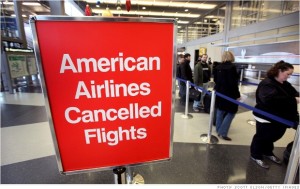 Of course, you already know my point here is that rail can (and should) fill the gap the airlines are leaving. Certainly, Americans are more than ready to embrace trains, as the constantly increasing ridership numbers keep telling us.
Most recently, Amtrak has reported yet another record number of passengers over the six-day Thanksgiving travel period, Tuesday, November 20, through Sunday, the 25th. The grand total came to 737,537, breaking the old record of just over 724,000 which was set last year. Amtrak managed to accommodate all those people by adding a couple of extra trains and putting an additional coach on other trains here and there. 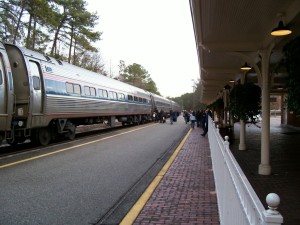 Finally, starting tomorrow, and after a hiatus of some 35 years, Amtrak’s Northeast Regional trains are returning to Norfolk,Virginia, initially with one train a day in each direction. Running time to Washington’s Union Station will be just under five hours and the one-way fare —  and I assume it’s an initial promotion —  is just $19.
I know this is starting to sound like the proverbial broken record, but imagine how many more passengers could be accommodated – not to mention how much more revenue would be generated – if Amtrak had the extra equipment it sorely needs.