Jim Loomis October 10, 2012 Air Travel Advice, All Posts, Amtrak, Congress, Long-Distance Trains 0 Comment
Amtrak’s fiscal year ended on September 30th and the numbers are out. Let me give you just a sampling of how ridership for Fiscal Year 2012 compares to numbers for the previous year.

In the Northeast Corridor, linking Washington, New York and Boston, ridership was up 4.8 percent.

Of the 29 short-haul routes, only five trains reported small decreases; the remaining two dozen all had gains, many with significant increases. 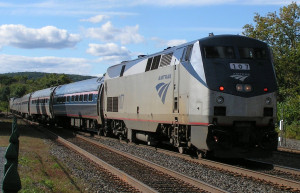 The Ethan Allen (New York City to Rutland, VT, via Albany), was up 10 percent; the Lincoln Service running between Chicago-St. Louis, was up 8.7 percent; the San Joaquin trains (Bay Area-Sacramento-Bakersfield), up 7.2 percent; the Missouri River Runner (Kansas City-St. Louis) up 5.3 percent; and the Piedmont, connecting Raleigh and Charlotte in North Carolina, was up more than 16 percent! 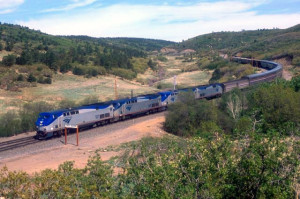 Even more impressive, Amtrak’s long-distance trains — every single one of them! — also posted ridership gains, ranging from the Capital Limited (+0.1%) to the Texas Eagle (+12.8%). It’s an accepted fact that there would be even greater gains – especially with trains such as the Capital Limited already running at near capacity – if Amtrak were not so short of available equipment.

System wide, Amtrak ridership increased by 1.1 million, or 3.5 percent, over the previous year. Ticket revenue was up from $1.89 billion to $2.02 billion.

Not bad for a railroad that has been kept on the edge of financial starvation by Congress for the past several decades. Just imagine what kind of rail service we could have if Amtrak had been getting the same kind of support as the airlines and highways!

Previous When to Use a Travel Agent … and How to Find a Good One.
NextAnother Cross-Country Amtrak Journey Coming Up.