Warning to Politicians: Vote Against Passenger Rail at Your Peril!

Jim Loomis April 27, 2012 High-Speed Rail, National Association of Railroad Passengers, Politics, Railroad Technology 0 Comment
I  am on my way home from the three-day meeting of the National Association of Railroad Passengers held around this time every year in Washington, DC. There are a couple of regional political events related to passenger trains which NARP is watching carefully. 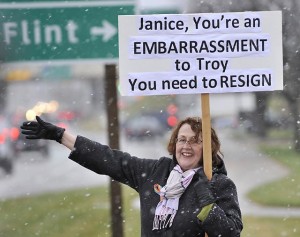 First, there is the case of Janice Daniels, the mayor of Troy, Michigan, and two members of the City Council. All three were elected with backing from the Tea Party. Taking advantage of another Council member who was away at the time, these three prevailed in a vote that refused to accept $6 million in federal dollars to build a train/bus transit center for their town. Rational residents of Troy rose up in outrage and with support from many local business-connected groups, a recall election was organized. 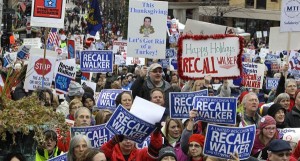 Then there’s the case of Republican Scott Walker of Wisconsin, who won the governorship with the strong backing of that state’s Tea Party. He, of course, refused to accept $9 billion dollars from the federal stimulus package to construct a high-speed rail line between Milwaukee and the state capital in Madison, also the home of the University of Wisconsin. There are other issues involved, but it was his killing the proposed rail service that triggered the recall now underway in that state.

But here’s what is so interesting about these two recall efforts:

Heretofore, Social Security and Medicare have been known as “the third rail” of politics … meaning, that politicians who propose tampering with either of those popular programs do so at their own political risk.

Suddenly the focus seems to be shifting and, should these two highly publicized recall attempts succeed, the question before the house becomes: Have passenger trains become the new third rail of politics?

Could be. And it will certainly be interesting to watch.

Previous Banging the Drum for Amtrak and for Rail on The Hill.
NextA Few Trip Notes and Photos