If you’ve lived in Hawaii for as long as I have – It’ll be fifty years in May – you’ve become used to being treated differently from folks living in the continental U.S. … or, as we say, “on the mainland”.

For instance, when we order some kind of merchandise on line, we are often gouged for unnecessary additional shipping charges. It irritates me that my new Boston Bruins T-shirt would be shipped for $6.50 if I lived in Oregon, but costs $19 to send it to me out here to Maui. (Three days later, it’s delivered by Sheila, our mail lady. The padded envelope had a measly $4.50 in postage on it. Now that, as my old college roommate was wont to say, “is enough to piss off a preacher”.) 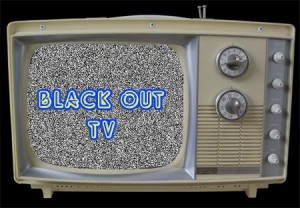 Blackouts of sports events on TV provide another example. No less than five major league baseball teams – all on the west coast – have designated Hawaii as part of their “home territory” and the bottom line is that their games cannot be shown on TV here. Huh??

Short version: the San Francisco Giants want me to (a) attend their games in person or (b) watch the games on the local San Francisco station that pays them for the broadcast rights. To make sure I do either (a) or (b), the Giant games are blacked out here on cable and on the internet at MLB.com. The fact that I can’t see the games in person because they are being played 2000 miles away and that I can’t watch the San Francisco TV station for the same reason, is of no interest to the Giants or to Major League Baseball.

Stupid? Yes. Arrogant? Absolutely. But I’m delighted to say that this issue has finally come to the attention of a group of United States senators – all Democrats – including a personal hero of mine, Hawaii Senator Dan Inouye. They have written the FCC asking that the commission look into this whole issue of professional sports blackouts.

Previous Amtrak delays. Whose fault is it?
NextAmtrak on-board crews are tops … and funny, too!