A Memorial: The Siege of Leningrad

It has been just one day since I left the extraordinary city of St. Petersburg and, at the moment, I feel as though I’m on information overload. Much of what I saw and heard has blurred.

What will never blur, however, is the memory of my visit to the memorial built to honor the people of Leningrad, as St. Petersburg was called in those days, who lived and died during the German siege of their city in World War Two.

(Wrong time of day for good photographs, but please click to enlarge and they will improve.) 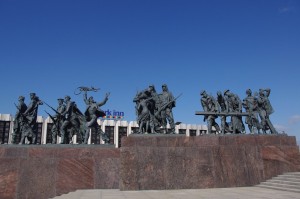 In the end, more than a million people died from the shelling and bombing and, I’m sorry to say, from slow, agonizing and unrelenting starvation. I was shocked to learn that St. Petersburg has the sad distinction of being home to the largest mass grave in Europe, in which are the remains of 500,000 men, women and children. 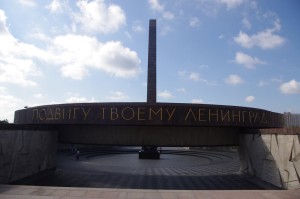 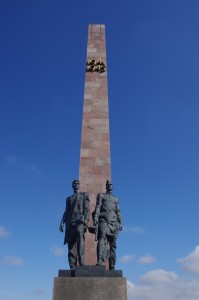 The siege lasted 900 days, through hot summers and winters of paralyzing cold and the suffering, with no end in sight, is beyond our capacity to understand. But the people of this magnificent city refused to submit, and that spirit is captured in this memorial. It is impossible not to be deeply moved.