A Travel Horror Story Comes With a Big Price Tag

When you travel, things can go wrong. Stuff happens, and when it does we just have to deal with it the best we can.

But here’s a tale of woe that still has me shaking my head at the cold-hearted, just-plain-dumb treatment given a friend of mine and his wife by Air France.

Every year, for the past six years, my friends have swapped homes with someone in France. And on each of those occasions, they have flown from Honolulu to Los Angeles where they connected with a non-stop Air France flight to Paris. They are also “silver status” members of the Air France frequent flyer program.

A couple of months ago they left Hawaii for their most recent French get-away. After their Air France flight landed at Charles DeGaulle airport in Paris, they went on from there to where they were staying near Dijon. 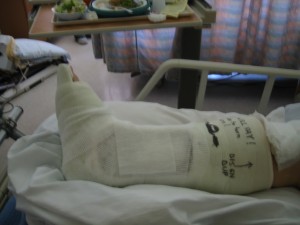 Two days later, while coming down a flight of stairs in a Dijon shopping mall, the woman slipped on a broken tile and fell, breaking one leg in two places and severely spraining the other ankle. After surgery and ten days in a French hospital, she was still in pain, but ready to undertake the long flight back home to Hawaii.

To prevent potentially deadly blood clots from forming, her physician here in Hawaii provided a letter insisting that both of her legs needed to be elevated for the two long flights, especially for the 10-plus hour flight from Paris to Los Angeles. That meant they had to fly first class.

Here comes the sock in the eye.

Air France refused to discount either of the first class fares, even under these unfortunate circumstances.

But the airline also refused to give them credit for the cost of their economy class ticket … so that was something like $1200 down the drain.

And – here comes the insult-to-injury part – Air France also charged both of them a $150 change fee … even after sticking them for their unused economy class tickets!

Finally, when they wheeled the dear lady onto the Air France flight, they discovered only one of the six seats in first class cabin was occupied, so there had been plenty of room in first class anyway. 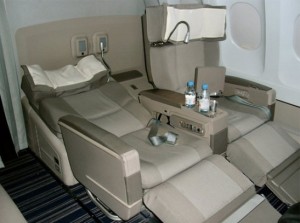 The cost of those two first class seats from Paris to Los Angeles? Nine thousand bucks … EACH!

A polite letter to the Air France customer service department drew a curt response stating that the airline had acted properly and that no further accommodation would be forthcoming. And, by the way, they misspelled the lady’s name.

A subsequent letter to the head of the airline remains unanswered.

How’s that for sensitive customer relations!

There is a lesson to be learned from this sad, infuriating story, however: If an interruption were to occur to one of your trips for whatever reason — but especially illness or accident –- and if that would result in severe financial loss, buy travel insurance before you leave. (More about that in a subsequent post.)

In the meantime, let’s have a big round of Bronx cheers for les idiots inconsidéré at Air France!