Yet Another View on the Merits of Train Travel

Anyone who visits this blog even occasionally knows that I believe the U.S. should continue and, better yet, increase efforts to bring more and better and faster trains to America’s traveling public. This is admittedly a generalization, but liberals are mostly in support of Amtrak and high-speed trains, while many conservatives tend to go the other way. 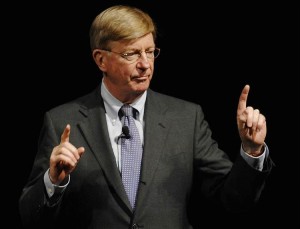 Comes now conservative columnist George Will who has his own view on passenger train travel:

“The real reason for progressives’ passion for trains is their goal of diminishing Americans’ individualism in order to make them more amenable to collectivism.”

Gee … all this time I thought I was supporting more and better trains because of safety, comfort and the benefits to the environment. And isn’t offering a better choice to the traveling public the exact opposite of collectivism?

This is going to sound like a digression, but if you love the great American game of baseball, you really must read Men At Work. It is one of the two or three best books ever written about our national pastime.

It was written by George Will. Before he lost his mind.

Previous Another Amtrak Passenger Hassled by Authorities
NextProving once again: It never hurts to ask!