I do a lot of searching on line when preparing to travel, and that includes spending time on travel-related web sites that include reviews from people who have stayed at that hotel or taken that tour or eaten at that restaurant. TripAdvisor, Travelocity, Hotels.com and many other similar web sites include such a feature.

But think for a second: if you were the general manager of the Podunk Plaza and your job depended on the occupancy rate, could you resist the temptation to post fake reviews raving about your hotel? I don’t think so. 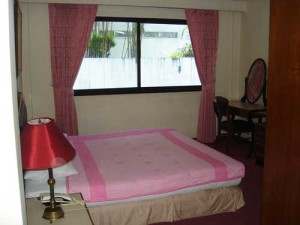 Furthermore, the London Times didn’t think so, either. To test their theory, the newspaper created rave reviews for a half dozen London hotels widely known to be second-rate, disreputable properties and sent them to TripAdvisor. Sure enough, the fake reviews were posted verbatim.

Still, after reading through hundreds of these reviews while researching an upcoming trip, I do think I figured out how to sift through all the reviews and pick out the ones that were probably real … emphasis on the probably.

If there are several bad reviews, you can be pretty sure that hotel is one to avoid. (It did seem, however, that some were clearly written by people with unrealistic or unreasonable expectations.)

I also decided I could probably trust reviews that we generally favorable, but did include a couple of relatively minor negatives … room service taking too long to deliver, for instance.

And when I came across a glowing review that sounded as if it could have been written by a PR firm, I took it with a large grain of salt.

Bottom line: these web sites are very helpful and so are the reviews, but only if you realize that some are undoubtedly fake. Read them by all means … but carefully.