The Honolulu Symphony Orchestra — Two Highlights, Of a Great Many

My wife and I attended performances of the Honolulu Symphony irregularly over the years. I’m not a huge fan of classical music, but two of those occasions stand out, indelible in my memory.

The first was the time that André Watts, the incredible concert pianist, appeared as guest artist with our symphony. He performed the first movement of Rachmaninov’s Piano Concerto # 2 in C Minor. The movement builds to an absolutely thrilling climax and with the final crashing notes, I impulsively and quite spontaneously leaped to my feet, applauding wildly. Then, in the next split second, I was struck by the paralyzing thought that I had made an ass of myself in front of that sedate, classical music crowd. But I turned and fully half of the audience was doing exactly the same thing – standing, applauding, even cheering. I went out and bought a recording of that miraculous piece of music the next day. I still play it regularly.

Then there was the occasion when the great Armenian composer Aram Khachaturian appeared as a guest conductor. I can’t recall the specific music they played that evening – certainly some of it was his own – but as the applause died down after one particularly thrilling piece, the great man turned to the audience, spread his arms wide as he gestured to the orchestra behind him, and said in his thick Russian accent, “ With an orchestra like this (pause for effect), one … can … make … miracles!” 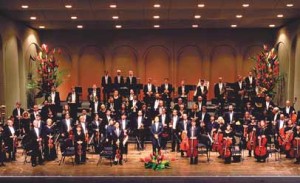 Yesterday came the news that, despite the urgent appeals and the fund raisers and the anonymous gifts and the pay cuts and all the rest, the Honolulu Symphony Orchestra is shutting down after 110 years.

It’s a pathetic and feeble and useless thought: I wish I’d attended more of their concerts over the years.

But the collapse and demise of an institution and cultural resource like the Honolulu Symphony Orchestra should never, ever be allowed to happen. And we, as a community — and as a society — should be deeply ashamed.