To re-cap: back a year ago, the Obama Administration announced that $8 billion under the American Recovery and Reinvestment Act would be given to a select number of states to get them started on plans for high-speed rail corridors within their borders. 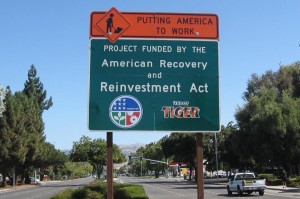 A very large chunk of that money – almost $1.2 billion – was awarded to Wisconsin, for a rail line joining Madison with Milwaukee, and Ohio, where there have long been hopes of linking Columbus, the state capital, with Cleveland and Cincinnati.

But a funny thing happened on the way to the quorum: both states had incumbent Democratic governors who lost their bids for re-election. And both were replaced by Republicans: Scott Walker in Wisconsin and John Kasich in Ohio. Both of these bozos had trashed their state’s rail plans and both had said they would tell the feds they didn’t want their filthy lucre.

Today, Obama’s Secretary of Transportation, Ray LaHood, officially said, “Fine. We’ll take the money back and give it to someone who wants it.”

A lot of people in Wisconsin and Ohio would have been hired to work on those two projects. Do you think they’re happy to see that money going somewhere else?

And Talgo was planning to build a plant in Milwaukee to produce the locomotives and rail cars for those and other rail lines. Do you think they’ll build the plant there anyway?

Nope … neither do I.