Another Rail Journey To Be Crossed Off My List

For years, I’ve had a dozen or so of the world’s more interesting or exotic train trips on my bucket list. So far I’ve managed to cross off several, marking them “done”. These include the Glacier Express and the Bernina Express in Switzerland, the two trans-continental trains in Australia, the Indian Pacific and the Ghan, and, of course, the wonderful trans-Canada ride on VIA Rail’s train # 1, the Canadian. 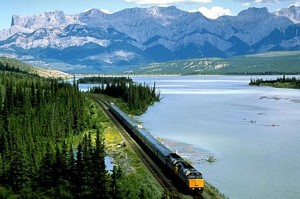 The Canadian, which runs three days a week between Toronto and Vancouver, is truly among the great train rides in the world, and I’m almost embarrassed to admit that I have actually done it three times, with a fourth one coming up next month.

This time, however, I’ll be interrupting the four-night journey in the middle, leaving the train in Winnipeg to take yet another of the trains on my list … this one, also operated by VIA, is the two-night journey some 1050 miles due north to the little town of Churchill on the shores of Hudson Bay. 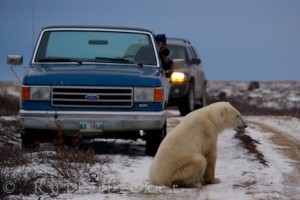 I booked this trip well in advance — and a good thing, too! — because all sleeping car accommodations have been sold out for months. That’s because the latter part of October is about the time every year when polar bears start showing up in and around the town, waiting for the bay to freeze over. That’s when to go out onto the ice where they spend the winter hunting seals. 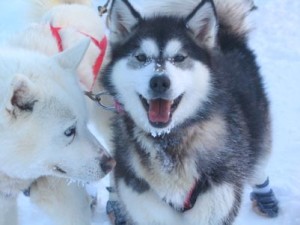 I’m also looking forward to talking to some of the locals in Churchill to get their take on the whole global warming issue. That idea occurred to me because I’ll be staying with Jenafor and Gerald Azure who maintain a pack of something like 18 sled dogs. Gerald goes mushing around the countryside with folks like me hanging onto the sled for dear life … only, these days, many of the rides are on wheeled carts. No snow, you see.As usual, I’ll be taking photos along the way and in Churchill and will post a description of the entire trip here soon after my return around the first week of November.