Two Amtrak Employees Come Through in a Pinch

There always seems to be some little glitch in the course of every journey. Especially mine –- at least that’s the way it seems –- because I enjoy traveling and my trips always include a lot of logistics: taxis, trains, connections, hotels, meetings, taxis, more trains and a long flight or two on either end. 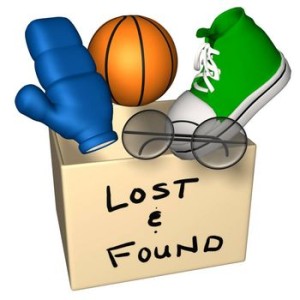 The glitch on this trip occurred when I left a pair of reading glasses on the Cardinal, my train from Baltimore to Chicago. I didn’t miss them until I’d been camped in Amtrak’s Metropolitan Lounge in Chicago for a while. Fortunately, I always bring a spare pair, but they’re old and have a few scratches and are a poor substitute.

So there I was in La Plata, Missouri, on an overnight stop, just finishing up the previous post and squinting at the laptop screen through my old glasses when my cell phone rang. It was a nice guy named Steve from Amtrak in Chicago. Jay Wright, the terrific car attendant I had on the Cardinal, had found my glasses and turned them in to Amtrak’s Lost and Found. Using the train and room number from the Cardinal’s passenger manifest, Steve tracked me down, found my profile, and called my cell phone.

He said they would put my glasses in a box and send it out on the Southwest Chief, the very train I was catching that same night in La Plata on the final leg of my trip to Los Angeles. The station in La Plata is unmanned, so getting something out of the baggage car there would have been dicey. Instead, I picked up the little package when we arrived in Los Angeles this morning.

Two terrific Amtrak people went to a lot of trouble to see that I got a $100 pair of glasses back … one more example confirming my belief that 99% of Amtrak employees do tough jobs and do them very well indeed.