New Equipment for Amtrak? OK, SHOW ME THE MONEY!

Well, as promised, Amtrak has announced plans for the purchase of new equipment. The first phase of the program, which Amtrak describes as “priority,” will include the purchase of a number of different locomotives and passenger cars. 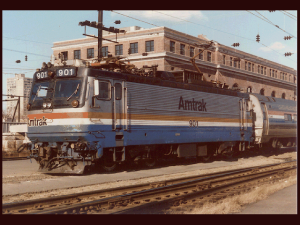 They plan to replace all of the AEM-7 locomotives (these are the electric locomotives that operate along the Northeast corridor) with new ones that have an Acela “look” to them. 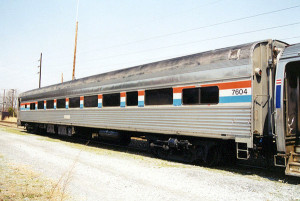 About 90 Heritage coaches will be replaced with new single level cars. 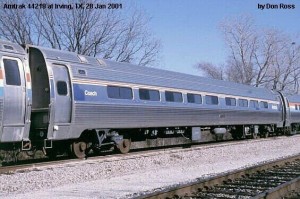 They Plan to replace more than 400 Amfleet coaches with a new single level coach. (I take this to mean a newly-designed car.) 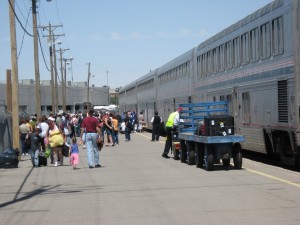 And some 250 Superliner cars – coaches and sleepers — will be replaced with “a new bi-level vehicle.” (To me, that phrase also implies a re-design of the existing equipment, although that has not been expressly stated.)

In addition, Amtrak wants to move into a new generation of high-speed diesel locomotives that will be more fuel-efficient. Furthermore, an RFP has already been put out for a bunch of new Viewliner sleeping cars.

This is an ambitious program that will take time and money … and a lot of both. Amtrak’s estimate is that it will be almost 25 years before they’re able to retire all of the equipment earmarked for replacement. The cost estimate is $28 billion in today’s dollars.

But this absolutely must be done! I have mentioned here on other occasions that the expected life of a rail car is 50 years. I can’t say for sure, but Amtrak’s “heritage” equipment has to be that old and they started adding Superliners to the fleet back in 1975.

The trick, of course, is the money. How will Amtrak be able to make a commitment to prospective manufacturers for all that new rolling stock? That’s the big question and the answer will have a great deal to do with the future of passenger rail in this country.

Previous Another Great Train Trip Coming Up Next Fall
NextThree Cheers! Real China Is Back!