As anticipated, the Obama White House has announced a total of 29 rail projects to be funded with some $8 billion in stimulus funds. 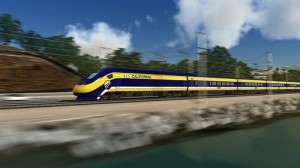 The biggest hunk – almost $3 billion – will be going to California. That’s appropriate, too, because voters there have already passed a $10 billion bond issue for construction of a high-speed rail line linking Los Angeles and San Francisco. When completed, that will reduce travel time between those cities to something like two hours and forty minutes.

Florida gets $1.25 billion to start work on the first phase of a high-speed line linking Tampa and Orlando and another big chunk -$1.1 billion – will go to improving tracks and signals along the Chicago-St. Louis route. Once completed, that will reduce the running time between those two cities for several Amtrak trains, including the Texas Eagle, and thereby increase ridership. 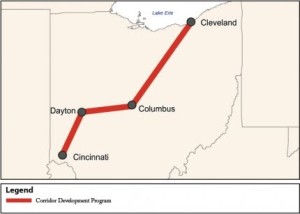 Another long-anticipated route in the mid-west is getting $400 million … not a big amount in the overall scheme of things, but it’s a down payment and should mean a commitment that will eventually bring about a rail link connecting Cleveland, Columbus, Dayton and Cincinnati.

You can get a look at the entire list by clicking here. And you can go here for a run-down and reaction from NARP, the National Association of Railroad Passengers.

Wow! What a difference it makes to have a few visionaries holding the purse strings in Washington!