Just a Few Feet Can Make a Big Difference 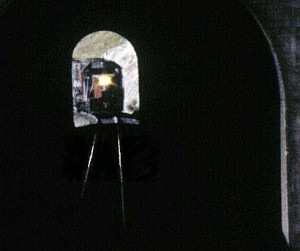 Bi-level Superliner equipment isn’t used on some of Amtrak’s eastern routes because, at a bit more than 16 feet high, they’re too tall for some of the older tunnels in that part of the country.

Norfolk Southern has the same problem. They’re one of the seven Class 1 railroads in this country, operating trains over more than 16,000 miles of track, most of which is east of the Mississippi River. Hauling flatcars with two shipping containers set one on top of the other will double the capacity of a train, but those double-stack trains are too tall for 28 tunnels along their main line running between Hampton Roads, Virginia, and Chicago … in other words, the route connecting the East Coast with the Midwest.

So Norfolk Southern has begun the huge job of raising the height of all those tunnels to 21 feet, which will accommodate those double-stack trains … with a whopping nine inches to spare! Total cost of the project is more than $150 million.

But the savings will be significant: Once finished, every train will shave 233 miles and a full day’s running off their current schedule.

The work itself is slow, tough, dirty and potentially dangerous. But it will pay big dividends when finished.

Previous More of the Grand Canyon … and Then Some
NextContinuing Our Trek Through Hot, Dry Arizona