This and That from Here and There

From time to time, I have written about deaths caused by grade crossing accidents and suicides. Almost 100 percent of the train-car crashes are the result of carelessness and/or stupidity on the part of the driver involved. 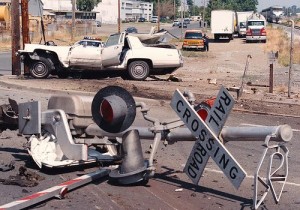 And suicides? Well, there’s nothing careless about someone who is fed up with life and thinks the answer is to step in front of a train.

Almost always overlooked in the reporting of these incidents is the toll they take on the locomotive engineers. A very good AP story about this is appearing in the media and I recommend it.

I’m always surprised to run across people traveling by train who are unaware that Amtrak has their own version of a frequent flyer program. It’s called Amtrak Guest Rewards and the program is about to enroll its two millionth member. Should you join? Well, why not?? It costs nothing and the very worst that could happen is that you won’t travel on Amtrak enough to get a free trip. I did and enjoyed a free roomette on the Empire Builder from Chicago to Seattle earlier this month. Go here for info and to join. 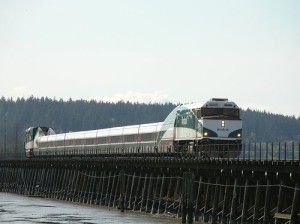 Amtrak and the State of Washington have announced a second daily round trip between Portland, Oregon and Vancouver, British Columbia by way of Seattle. These trains, called the Cascades, use the Spanish-built Talgo trainsets, which I’ve found to be very well designed and a pleasure to experience. There has been one train a day for some time, but the new service will offer better choices for arrival and departures times. The second train will begin running this Wednesday, the 19th.
Good! The more trains the better because if you schedule them, people will ride them!

Previous Friendly Skies, But They Sure Look Crowded!
NextWhen They Say “STOP,” They Really Mean It!