There will be some interruptions in these posts over the next few weeks because I’m leaving today on what has become my annual jaunt to Boston and a few evenings watching the Red Sox in Fenway Park. 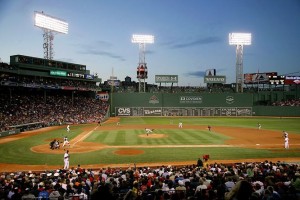 As you would expect, there will be several long distance train rides, too. First, however, the short 22-minute hop from Maui to Honolulu, then Hawaiian Airlines from there to Oakland. The next morning I’ll take the California Zephyr for the two-night ride to Chicago, then change to the Lake Shore Limited for the overnight trip to Boston.

After three games between the Red Sox and the Oakland A’s, I’ll take Amtrak to Baltimore to catch two more games with my guys vs. the Orioles.

Then a quick 30-minute ride down to Washington where I’ll connect with the Capitol Limited back to Chicago. I have a brief meeting scheduled there with an editor with Chicago Review Press. (More about that in another post.)

I once asked an Amtrak car attendant what was the strangest thing that ever happened to him on one of his trips. He didn’t have to think about it … it was the honeymooners who had somehow gotten the idea that there would be a fireplace in their sleeping car compartment. That prompted the notion that a travel editor somewhere would be interested in a story about nutty passengers and strange happenings on long distance trains, so I’ll be trying to collect material for that along the way.

Anyway, from Chicago I’ll take the Empire Builder to Seattle for a visit with my sister and her husband on Whidbey Island. Then home from there, once again on Hawaiian Airlines.

I’ll be posting along the way, too … assuming my laptop finds the internet here and there.