Good News for Rail Passengers from Up North

Like ours, the Canadian government is plowing money into the economy in an effort to create jobs and turn their economy around.

More than 100 million of Canadian stimulus dollars are going to VIA Rail, that country’s equivalent to Amtrak. VIA will use the money to refurbish nearly 25% of their passenger cars and to improve accessibility on a dozen of their newest trainsets. 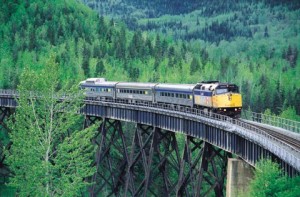 VIA’s train, the Skeena, runs between Jasper in the Canadian Rockies to Prince Rupert on the Pacific coast. 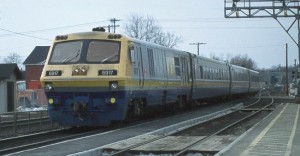 The LRC fleet (Light, Rapid, Comfortable) operates in the eastern corridors between major cities such as Montreal, Toronto, Ottawa and Quebec.
I’ve traveled on many of VIA’s routes – two summer’s ago crossing the continent from Halifax on the Atlantic to Vancouver on the Pacific – and am a big fan of the railroad. I love their equipment and their on-board service is very good.

TOPICS US and Canada