Beating the Drum for Passenger Trains

I arrived in Washington aboard the Capitol Limited on a Sunday evening. Monday morning, meetings of the NARP* Council of Representatives began bright and early.

This was only my third meeting as a Council member, but this time there was a huge difference in the mood of the 80-plus people attending. After coming through eight years of the Bush Administration, which was most decidedly anti-Amtrak, this year is different because President Obama has repeatedly voiced his support of passenger rail.

Our first day of meetings dealt with organizational issues and on Day Two, Council members broke up into groups of 2 to 4 and headed off for meetings with members of Congress that had been scheduled on The Hill 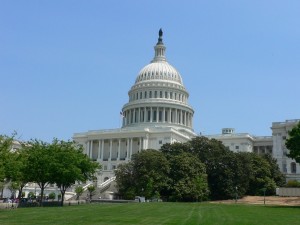 Our group of three met with key staff people for two California Members of Congress, plus the Legislative Aide for Senator Diane Feinstein. Then we headed for the offices of Hawaii’s Mazie Hirono and Senator Dan Inouye. 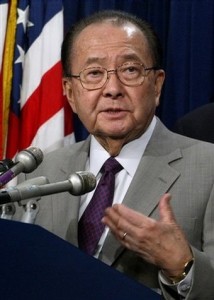 I am unashamed to admit that Dan Inouye is a hero of mine. Our meetings were scheduled with the staff people who deal with transportation issues, but Dan himself stopped to chat for several minutes as he was heading off to lunch.

In every one of those Congressional offices, the mood was upbeat and we came away with acknowledgements of the importance of passenger trains and for the need to improve and expand Amtrak service.

However … the halls of Congress are full of people – ordinary people and paid lobbyists, too – who are there with hands out looking for money and support for their own favorite causes. It’s very important for NARP to continue its work and to keep the pressure on in the face of all these demands.

So, once again, let me suggest that you consider a NARP membership. It’s quick and easy and you can join by going here.