A Service Upgrade for the Lake Shore Limited

Amtrak has announced the return of sleeping car service out of Boston on the Lake Shore Limited, which runs daily between Chicago and either Boston or New York.

Westbound trains depart from Boston’s South Station and Penn Station in New York City, connecting at Albany around dinner time for the overnight run to Chicago. The eastbound train leaves Chicago at 10:00 p.m. and splits into the two sections at Albany the following afternoon, one heading down the Hudson River to New York City, the other continuing east to Boston. 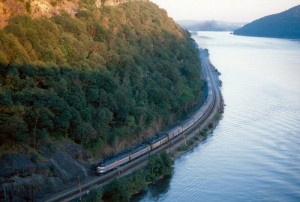 Until the restoration of sleeping car service out of Boston, passengers boarding there rode in coach seating to Albany, where they moved into their pre-reserved sleeping car accommodations. Everything worked in reverse out of Chicago. Workable, but not ideal … especially with several pieces of luggage. At any rate, this is a very good move and a tip of the hat to Amtrak for making it happen. 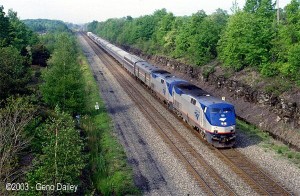 With the steadily increasing popularity of train travel – ridership on the Lake Shore is up almost 2% over last year – there is an obvious need for more trains and for additional rail cars on existing trains.
The problem – and it’s a significant one – is a lack of equipment. Amtrak simply does not have the rail cars they need. Many have been sitting idle in storage because Amtrak has not had the money to do the required maintenance or to make the minor repairs that would get the equipment back into service. That has changed because there is money in the Obama stimulus package to take care of that.
BUT – additional new rail cars are badly needed and will need to be ordered as soon as possible because there is a lag time of at least two years before deliveries can start. Let us hope that we will soon be hearing that new car orders are part of Amtrak’s plan for the future!

Previous Senator Wicker Should Butt OUT!
NextOver-reacting By Ju-u-u-ust a Little Bit