Rail Ridership Is Up And Is Staying Up

Many media reports over the past six months have touted Amtrak’s increasing ridership — up 15% for 2008 over the previous year. Most also cited the soaring price of gasoline as a major factor for that increase.

But now that the price of gas has fallen, the usual nay-sayers are telling us that the rail boom is over … that people will be getting off the trains and climbing back into their cars. 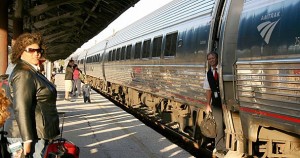 Really? That’s not what the latest numbers say. As just one example, Amtrak’s Silver Star, which runs daily between Miami and New York City via Tampa, was up 4 percent in the month of December … and another 18 percent in January. 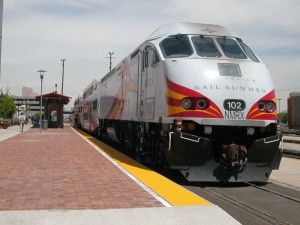 If a dip in ridership were to occur, it would seem most likely to happen with commuter rail. But again, ‘taint so. Three quick examples: the relatively new Rail Runner commuter service linking Albuquerque and Santa Fe in New Mexico is up more than 35 percent. Portland, Maine is up 26.5 percent and the increase in Seattle is almost 24 percent. And it’s the same story pretty much everywhere.

The flip side to all this is that increased demand means a corresponding increase in the operating costs for these commuter lines. And for Amtrak, too. Since necessarily (and properly) all passengers rail systems are subsidized by government – local, state and federal – those increased costs are just adding to budget deficits raising their ugly heads at almost every level.

I’m a member of the National Association of Railroad Passengers, a non-profit volunteer organization that’s working hard to make sure as much stimulus money as possible is spent on improving and expanding our nation passenger rail system. May I suggest that a modest $35 annual membership in NARP is an excellent way you can help? Many thanks!

Previous Some Good News for Amtrak and for Indiana
NextHigh-Speed Rail (Could Be) Coming Fast!