Full of Sound and Fury, Signifying Nothing

The United Rail Passenger Alliance is an organization that promotes passenger rail in the U.S. They often have good ideas but, most unfortunately, they’re preoccupied with an unrelenting and counter-productive bashing of Amtrak.

For example, in a recent newsletter, they took Amtrak to task for, in their opinion, not spending enough money on advertising, saying that Amtrak’s ad budget is less than 1% of ticket revenue. Their hissy fit concludes this way:

“Amtrak’s decision to spend so very little money on national or local media clearly demonstrates how little it cares about being a successful company.”

Oh, please! When they stop making inflammatory and absurd statements like that, people will start taking URPA seriously.

Nevertheless, how best to accomplish the promotion of rail travel is an interesting subject. And as someone who owned and ran an advertising agency for some 20 years, I can tell you that marketing campaigns are very easy to criticize, but extremely hard to evaluate. 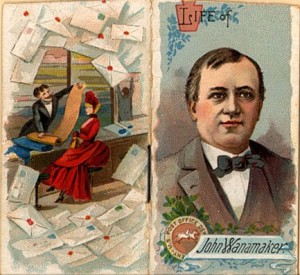 One of the original retail barons in this country, John Wanamaker, once said, “I know I’m wasting half of my advertising dollars; the trouble is, I don’t know which half.” And this guy is called the father of modern advertising!

The fact is, it’s impossible to judge any advertising campaign as a success or failure unless you know what the original goals were. And there’s no reason to suppose the geniuses at URPA have any inside information as to Amtrak’s marketing objectives.

There’s an old saying in the ad business: “Nothing can ruin a company faster than great advertising.” The classic example is a new restaurant that launches with a big ad campaign that packs the place with customers … so many customers that the kitchen runs out of the specials and the servers can’t handle the unexpected crowds. The advertising worked, you see, but all those first-time customers got mediocre food and slow service … and don’t come back.

OK, let’s say Amtrak does launch a big advertising campaign, with all the money the self-proclaimed experts at URPA say they should be spending. What if it works? What if more people make reservations and buy tickets than Amtrak’s equipment can comfortably handle? Trains are over-crowded, so old equipment is brought out and hastily pressed into service. That leads to an increased number of breakdowns which result in delays which cause even more trains run late. So all those people who were convinced to try Amtrak by the advertising don’t have good experiences. They tell their friends and they tell theirs and … well, you get the picture.

Unless and until I knew a helluva lot more about their strategy and goals, I sure wouldn’t presume to criticize Amtrak’s marketing. And people who do – like the folks at the United Rail Passenger Alliance – are just flaunting their ignorance.