So Who Actually Rides These Two Fabulous Trains?

An interesting question has been raised via a comment to an earlier post: Are these trains – the Indian Pacific and the Ghan – essentially “tourist trains” or do they also carry local residents between intermediate stops? 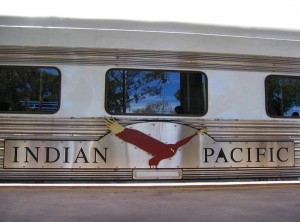 As to the Indian Pacific, not everyone travels the entire route between Sydney and Perth, with some passengers boarding and getting off along the way. But, based on my admittedly limited experience, it appears that almost everyone aboard – and I’d say at least half are Australians – is a tourist in the broadest sense of the term. By that, I mean these are people who are on the train because they want to experience this amazing country in all its variations from ground level. Most of them prefer train travel and have the time and the money to make that choice.

The only practical alternative is to fly, but you can’t possibly come away with any feeling for this country after seeing it from 30,000 feet. And driving is really not an option for most people. It means passing through some of the harshest and most desolate areas on earth across distances so vast there can be literally hundreds of miles between even the smallest towns and any of the necessary facilities. And that leaves the train.

Unfortunately, it’s not an option open to all. The Indian Pacific and the Ghan are both owned by Great Southern Railway, a private company which must necessarily operate at a profit. It’s certainly more expensive to travel between major cities aboard these two trains than it would be to fly. And of course it takes more time.

Previous Second Day Aboard the Indian Pacific
NextAcross the Nullarbor to Kalgoorlie … Maybe.