So … Another Republican for the Obama Cabinet?

Subject to confirmation by an official announcement, the word is that Barack Obama’s choice for the new Secretary of Transportation is Ray LaHood, a Member of Congress from Illinois. LaHood is also a Republican which, I suppose, is further evidence of Obama’s desire to encourage if not promote a bi-partisan approach to dealing with America’s problems. And that sure as hell would include our transportation infrastructure. 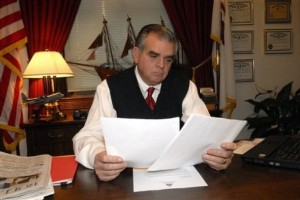 Selecting someone from the other party to run DOT doesn’t always mean the common good will be served. Early in the current administration, George Bush also reached across the aisle for a Transportation Secretary when he named Congressman Norman Mineta, a Democrat from California, to the post. 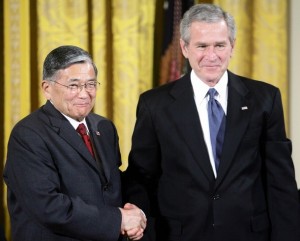 Unfortunately, Mineta turned out to be a toady for the Bush administration’s anti-Amtrak bias, and will always be remembered for his mind-boggling assertion in 2005 that Amtrak is “running trains that nobody rides between cities that nobody wants to travel between” … a statement demonstrably false at the time and even more so today.

The critical concern about Ray LaHood is whether or not he will move away from what has been, for at least the past eight years, a transportation policy focused almost exclusive on cars and planes and work to improve our rail system … in particular, Amtrak.

Short answer: He will if he’s told to.

Previous Obama Will Go to Washington in Style … BY TRAIN!
NextI Choose to Believe This Is A Good Sign