Obama Will Go to Washington in Style … BY TRAIN! 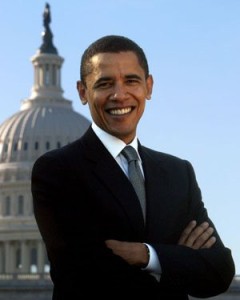 Those of us who have been advocating more and better passenger trains for this county have known for months that we had a friend in Barack Obama.

Then, of course, there’s Joe Biden who, as most everyone knows by now, commuted by Amtrak every day between his Senate office in Washington and his home in Delaware.

But now, Obama says he will arrive in Washington for his inauguration by train – specifically, on Amtrak. It’s a highly symbolic gesture, too, because he’ll be following the same rail route that Abraham Lincoln took to his inauguration in 1861 – from Philadelphia to Baltimore to Washington.

This is great publicity for Amtrak and for rail travel generally, but we all have to remember that our national rail passenger system is still just barely scraping by.

Back in October, Congress authorized almost $2 billion a year for Amtrak. However, before Amtrak actually gets the money, the next Congress has to appropriate it.

If you are so inclined, contact your two senators and your representative in the House. The message is very simple: Ask them to make sure that Amtrak gets full funding as authorized in the Passenger Rail Investment and Innovation Act. Letters or phone calls are the most effective approach.