The Bad Guys Won … And They Still Want More!

For years and years, two stalwart, reliable airlines carried us local folks back and forth among our lovely islands: Hawaiian Airlines, the country’s 11th largest, which has been operating since 1929, and Aloha Airlines, founded in 1947. In recent years, both airlines began serving a number of west coast cities.

That all changed last March, when Aloha Airlines went out of business. Actually, truth be told, Aloha was driven out of business by Mesa Air Group, headquartered in Phoenix. 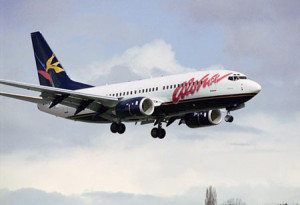 Back a year or so ago, while Aloha was in Chapter 11, Mesa was provided with confidential information about Aloha by posing as a prospective buyer. Trouble is, they had no intention of buying Aloha. Instead, they used that insider information and entered the market as a very aggressive competitor under the name go! airlines. They cut fares to a ridiculous level and after several months Aloha gave up the ghost. That’s not just my opinion. A bankruptcy court agreed that Mesa had, in effect, cheated … and whacked them with an $80 million fine.

But now, with unmitigated gall, Mesa is asking the court to let them acquire and start flying under the Aloha name.

The real Aloha Airlines was started by local people and had deep Hawaii roots. Folks around here are outraged that the corporate raiders who illegally used deceit to kill one of our local airlines, now presumes to steal their name, too. A letter-to-the-editor in today’s Maui News sums it up rather well: “A brick painted yellow to look like gold is still a brick!” 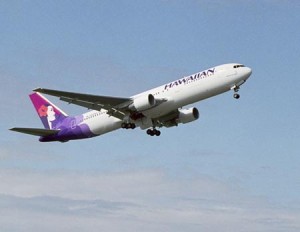 So … coming to Hawaii? And flying inter-island once you’re here? Just say to hell with go! or Mesa or the faux-Aloha. Show your aloha for Aloha … and fly Hawaiian Airlines! Mahalo!