Back in September, the Inspector General for the U.S. Department of Transportation published a report listing the causes of delays to Amtrak trains outside the Northeast Corridor (Washington-Boston). 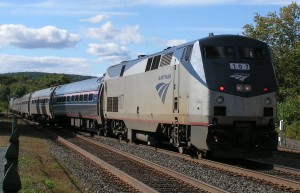 1. Dispatchers for the freight railroads giving priority to their trains instead of Amtrak as the law requires.

2. Work on the tracks which means trains most proceed at restricted speeds. (Since Amtrak trains normally travel at higher speeds than freights, this has a disproportionate effect on passenger trains.

3. Not enough track capacity, which means some trains are held on sidings while other trains are allowed to proceed. (See Item No. 1.)

4. Other problems beyond the control of the host railroads. This would include grade crossing accidents, flooding, mudslides, etc. 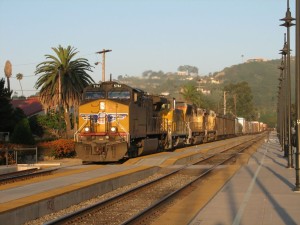 Recommendations, in a nutshell, were more enforcement of the law giving priority to Amtrak trains, more oversight of the freight railroads by the Federal Railroad Administration, and more money to help expand the railroads’ capacity to handle both their own trains and passenger trains more efficiently.

Both the results and the recommendations were obvious to passenger rail advocates such as the National Association of Railroad Passengers (NARP), but it’s good that this issue is getting some official attention. Furthermore, we’ll soon have a new administration that is on the record in support of more and better passenger trains. Let us hope that things are looking up!

Previous Previous Post
NextIf He Builds It, People Will Most Definitely Come