Aboard the Southwest Chief and Headed to L.A.

Amtrak’s train # 3, the Southwest Chief, leaves Chicago’s Union Station daily in the mid-afternoon on its two-night journey to Los Angeles. These photos were taken during my early-October trip aboard this train. 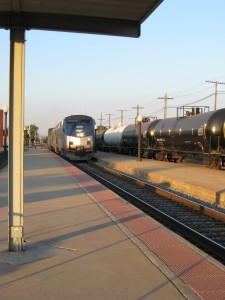 I boarded the train in Galesburg, Illinois, a town about 200 miles southwest of Chicago and just a few miles from where the Chief crosses the Mississippi river at Fort Madison, Iowa. 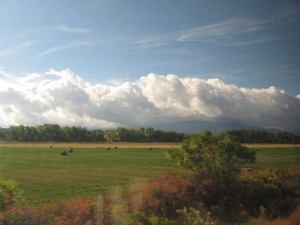 The Rocky Mountains come into view (far background) around mid-morning the next day as the Chief crosses fertile farm and ranch lands in southeastern Colorado. 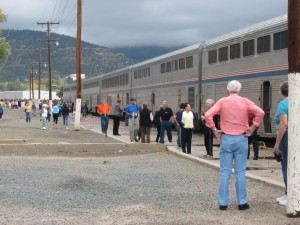 After passing over Raton Pass and through a long tunnel, the train descends into the town of Raton, New Mexico, where passengers are given an opportunity to step off the train and stretch their legs. 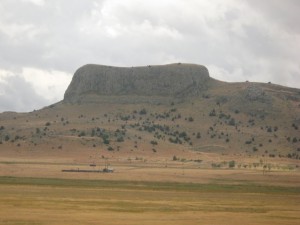 Continuing in a southwesterly direction across New Mexico, the train passes through vast areas of grazing land with mesas often providing an impressive backdrop. 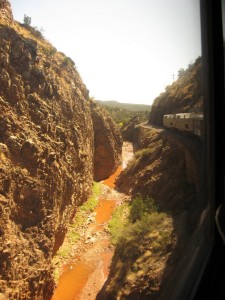 The Chief winds slowly through rugged mountain passes before the stop at Lamy, New Mexico, which is where passengers bound for Santa Fe leave the train. 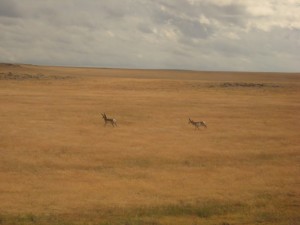 I really need a camera with a longer lens … but these are pronghorn antelope, which are commonly seen along the route. 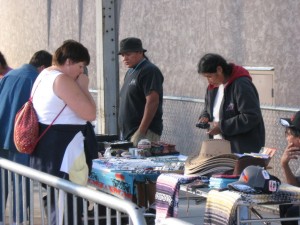 At the Chief’s stop in Albuquerque, jewelry, blankets, western hats and other items are sold by native Americans on the station platform. 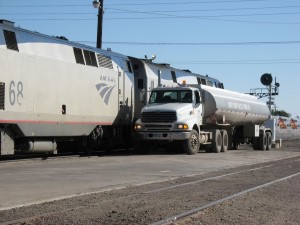 Albuquerque is also a refueling stop for the train. Scheduled departure from here is about 5:00 p.m. – a perfect time to head into the dining car for a relaxed early dinner. Arizona is crossed during the night and the Sunset Chief reaches Los Angeles the next morning, usually between 8:00 and 8:30.
I’ve taken this train in both directions several times and have always enjoyed the trip. I don’t think it’s quite as scenic as the California Zephyr or the Coast Starlight, but it’s right up there and passengers do get a chance to see very different parts of the country. As with all of Amtrak’s long-distance trains, the trip is relaxing and very enjoyable. And it’s absolutely the best way to see the country. Give it a try!