Sometimes ALL of the Good Guys Win

PORTLAND, OR — The NARP* board meetings concluded today with three fascinating luncheon speakers representing All Aboard Washington, the rail advocacy organization for that state. They told us about their year-long battle to prevent the local government from tearing up 42 miles of railroad track running through several Seattle suburbs and turning the right-of-way into a bike path.

But, gee … everyone loves bike paths, so didn’t the good guys actually lose on this one? 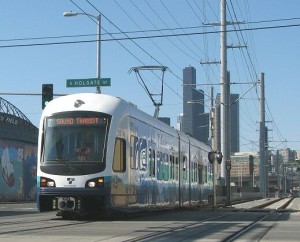 Not really. Because a private investor is going to run a commuter rail line on those tracks and a conservative estimate is that 3,000 people will ride the trains to and from work every day. Think how many cars that will keep off the nearby highly-congested highway. And consider the greenhouse gasses and other pollutants that will not be pumped out into the air as a result. 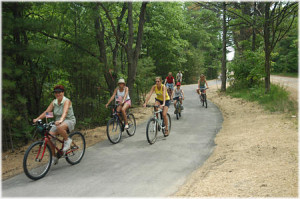 And don’t even think about feeling sorry for the bikers, because there will still be room for a bike path along much of the route. But now the bikers will be able to peddle twice as far, then rest their tired legs while taking the train back home.

So it’s really a win-win. And one more example of how rail transportation is good for communities, good for people, and good for the environment.