By a vote of 74-24, the U. S. Senate yesterday passed the Rail Safety Improvement Act (H.R. 2095), which incorporates provisions of the Passenger Rail Investment and Improvement Act. Boiled down to the basics, this means a lot more funding for Amtrak over five years. It also includes studies that could lead to restoring several trains that were previously eliminated to cut costs. There is also a mandate that most railroads in the country install PTC (positive train control) in locomotives, which most experts agree could have prevented the recent commuter-freight train collision in the Los Angeles area. 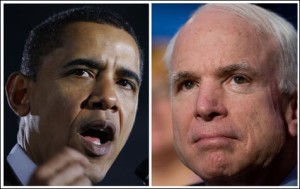 Barak Obama Voted YES; John McCain Voted NO
All 24 “No” votes were cast by Republicans. Click here to see how your senators voted.

H.R. 2095 will now go to President Bush. It becomes law if he signs it, but the truth is, it doesn’t matter what Bush does because this legislation passed both houses of Congress by veto-proof margins.

Ross Capon, executive director of NARP, the National Association of Railroad Passengers, has checked with the White House and the word is, Bush will sign. However, Capon notes that even then there is no iron-clad guarantee that funding will occur. He says, “ Passenger train supporters on Capitol Hill and around the nation must continue to work to see that the White House and Amtrak actually request—and Congress provides—the authorized funding so that we can meet growing demand for trains.”

Want to help? Contact your elected representative and senators in Washington and express support for Amtrak in general and for the funding called for in H.R. 2095.

Oh … and think about joining NARP, will you? Click here to do it. Thanks!

Previous Another Mainland Trip Coming Up
NextThe Closer You Look, The More Confused You Get