Give Towns a Boost … Starting at the Train Station

Traffic congestion has become unbearable in most American cities. Four-dollar-a-gallon gas is a fact of life that’s here to stay. The airlines are in chaos and desperately cutting back flights. In fact, a spokesman for the industry recently said that America’s airlines will no longer be able to accommodate everyone who wants to fly.

No wonder, then, that there has been a great deal of talk lately about the need to improve and expand passenger rail service in the U.S. Indeed, Amtrak has experienced a 14-percent increase in ridership so far this year and is heading for a grand total of 29 million.

Many cities and town have seen the light and are preparing for more and better rail service by renovating their rail stations or, in some cases, building new facilities. The really innovative folks are bringing several transportation modes in under one new roof. 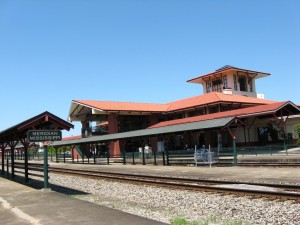 Take, for example, Meridian, Mississippi. That town has a nearly new facility that is both a rail station for Amtrak and a bus station for regional service, providing slick rail-bus connections for travelers. Ah, but there is an huge added bonus: the new facility has revitalized the entire surrounding area, with new shops and stores and other businesses coming in. 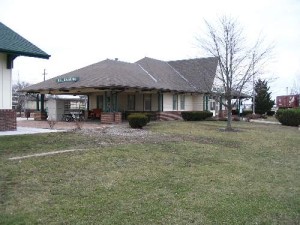 The same thing has happened in Galesbug, Illinois: A newly renovated station, with more and better businesses moving into the surrounding area of town. In Hawaii we’d say, “Smaht, da buggahs!”

But, alas, such is not the case in many other cities where train stations continue to be run down, neglected and even derelict. 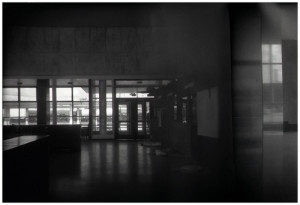 The train station in Burlington, Iowa, is big, cavernous and empty. No employees, no phones, nothing. Abandoned, except for the passengers getting on and off Amtrak’s California Zephyr twice a day. Welcome to Burlington, folks.

Unlike the airlines, where federal and local governments step in to provide airports and other related facilities, Amtrak is expected to provide and maintain rail stations, and to staff them … and Amtrak, of course, doesn’t have enough money to properly run their trains, let alone provide all of the other ancillary facilities.

But, given the success stories of Meridian and Galesburg, perhaps other city officials will see the light and revitalize their towns … starting with the train stations.

We can but hope.