I’m off tomorrow morning on a trip that will include several lengthy train rides and a visit to Boston where I’ll see the Red Sox play four games, thereby indulging my two great passions. First comes the trans-Pacific hop to Los Angeles on Hawaiian Airlines (my favorite). 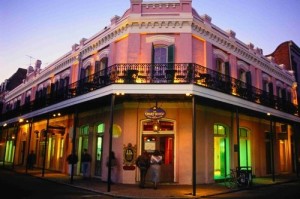 The train travel begins in Los Angeles on Sunday afternoon. I’ll be aboard the Sunset Limited for two nights en route to New Orleans. There will be one overnight there – just time for some strolling around the French Quarter and dinner at Irene’s, a wonderful little restaurant my wife and I discovered on our last trip through the city. 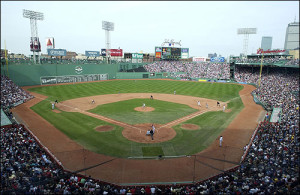 From New Orleans, I’ll take the Crescent to Washington, DC, where a 4-hour layover between trains should allow time for what will no doubt be a riotous lunch with an old pal, Congressman Neil Abercrombie (D-HI). Then it’s up to Boston on Amtrak‘s high-speed train, the Acela, for my annual pilgrimage to Fenway Park.

From Boston, I’ll return to the West Coast – all the way by Amtrak: Boston to Chicago on the Lake Shore Limited, Chicago to Seattle on the Empire Builder (photo below), and Seattle back to Los Angeles on the Coast Starlight (photos of the beautiful new parlour car to come). 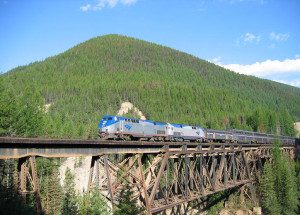 The idea was to travel completely around the U.S. by train and see if that would be enough of a “hook” to interest a travel editor somewhere. While traveling, I’ll also be working on a train travel story for Grand magazine, so I’ll have my work cut out for me when I get back here to Maui just after the first of July.

I will be taking a brand new laptop with me and, assuming I can get it to work properly, will continue posting here throughout my trip.

By the way, I’ve added one more fantasy to my list. It’s that someday I’ll run into the person who wrote the owner’s manual for my new computer. If I ever do, I’ll punch the miserable little geek right in the nose!

Previous One Bridge Too Far
NextDay One – Report