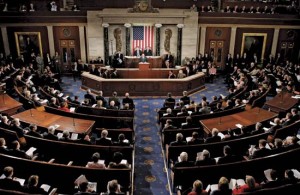 Good news: The House of Representatives today passed H.R. 6003, the Passenger Rail Investment and Improvement Act which, for the first time ever, will give Amtrak money to improve its system and enable them to plan several years into the future. This is a huge step forward for train travel in the U.S.

As per yesterday’s post, President Bush had threatened to veto this bill. Now – after the House and Senate get together and agree on a final version of this legislation – he can whistle “Dixie”. The votes are there to override.

All 104 votes against the bill were cast by Republicans, reminding me of the old saying, “Republicans are in favor of progress, but not now!“

There was also an effort to amend the bill by Republican Congressman Pete Sessions of Texas. In effect, his amendment would have killed Amtrak’s Sunset Limited, which runs clear across his own state!

You really do wonder where their heads are at, don’t you.