A Great Public Transit System in Tahiti? Believe It!

Driving home from town this afternoon, I was enjoying some Tahitian music on one of the local radio stations and it brought back some wonderful memories of our several visits to that glorious part of the world.

French Polynesia is made up of several groups of islands, the better known being Tahiti, Moorea, Bora Bora, Raiatea, and Huahine. It’s an incredibly beautiful place with its own unique charm … an exotic blend of real Polynesia overlaid with a generous French veneer. 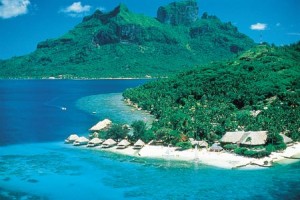 This is an aerial view of the Hotel Bora Bora where I’ve stayed on three occasions. If I had to pick one place in the world to visit for a week, it would be this hotel on this island. It is, in a word, perfect! 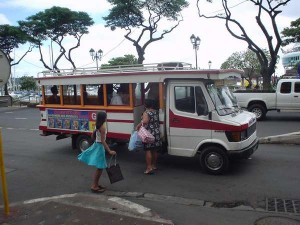 At any rate, these islands also offer what has to be one of the most colorful and yet practical forms of public transportation: le truck. Essentially these are flatbed trucks that have been modified with a wooden roof and open sides. Some, but not all, have roll-down plastic covers for the very rainy days. And most have boom boxes mounted inside and blaring Tahitian music. 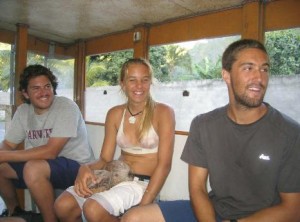 Heading into town? Take le truck. Traveling around the island? Take le truck. When you’re ready to go, just stand beside the road. Le truck will be along in a few minutes. Drivers are independent entrepreneurs, who follow specific routes and charge fares that are regulated by the government. Your fellow passengers will be a colorful and jovial mixture of the island population, often one or two visiting back-packers, and an occasional bank president from Indiana thrown in for good measure. You just never know.

Of course with all the regulatory agencies and liability concerns in our litigious society, le truck would never work in the U.S. But, once again, somebody in a far corner of the world has come up with a wonderful, practical, efficient, economical public transit system. One that works.