Here’s One of My Favorite Amtrak Train Trips

I got an email yesterday from someone asking if I could recommend a scenic train ride in the eastern part of the U.S. Absolutely! Take the Cardinal. It runs three times a week in each direction between Chicago and New York City, but it takes a longer, more southern, and more scenic route than other eastern trains linking those cities.

The Cardinal leaves Chicago in the late afternoon and heads south across Indiana to Cincinnati, turns east and runs along the Ohio-Kentucky border, crosses West Virginia and Virginia, then on into Washington, DC, arriving about 6:00 p.m. From there, the train heads north through Philadelphia and Trenton to New York City. 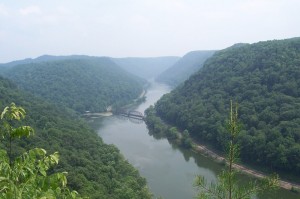 As I said, this train runs in both directions, but if you have a choice, by all means take the eastbound train. It passes through the New River Gorge during daylight hours and it’s the scenic highlight of this very special ride. Unfortunately, the westbound Cardinal covers this part of the trip at night. 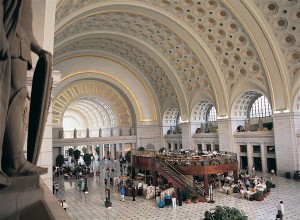 My suggestion would be to get off the train in Washington and take a few days to see some of that wonderful city. Tour the White House and the Capitol Building, then visit the Smithsonian. And I promise, if you haven’t seen it already, you will be impressed with Union Station, which has been restored and is a truly magnificent building.

Finally, for the return to Chicago, take the Capital Limited. It leaves Washington at 4:00 in the afternoon and will get you back to Chicago the next morning just after a nice breakfast in the dining car. 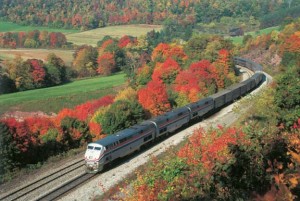 Of course, you can make this circuit starting from anywhere along the way. Just remember that the Cardinal only runs three days a week, so you’ll need to adjust your schedule accordingly. No matter. This train may not be as well known as some of Amtrak’s western trains, but it offers fabulous scenery, especially during the Fall. I’ve ridden the Cardinal five or six times and it’s one of my favorites. Try it and I know you will agree.